Some may not already know this but for well over a decade armed forces of the U.S. have been using Shannon Airport as a stop off point before continuing on to their bastions in Europe and the Middle East, Indeed Ireland itself is becoming one of these bastions, well over 2 million U.S. troops have passed through Ireland to fight illegal wars and conflicts around the world.

Not only is Shannon being used as a staging post for the U.S. armed forces but is also being used for operations associated with the CIA and its ‘extraordinary rendition program’

The use of Shannon Airport by U.S. forces means Ireland is complicit and has been complicit in these conflicts which has seen millions of innocent men women and children perish, from Iraq to Afghanistan to Libya, this list is endless.

This is a stain on the Irish nation and it needs to be addressed, of course we have had many people who have stood up and have even went to jail trying to highlight this most well known being 79 year old peace activist Margaretta D’Arcy, in which during her trial she tried to make a citizens arrest of the judge for collaborating in war crimes. 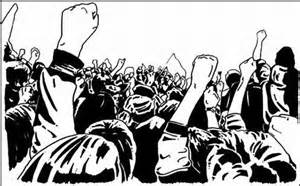 D’Arcy was also convicted in 2012 for peacefully opposing the use of Shannon airport by U.S. military by blocking two flights from landing at Shannon.

At the time of the protest, Galway Alliance Against War issued the following statement.

Over the past twelve years consecutive Irish governments have colluded in Washington’s campaign of wars from Afghanistan to Yemen, in which up to 2 million people have perished. By allowing the US military to use Irish airspace and Shannon airport to wage these wars we have become a willing accessory to mass murder. We have blood on our hands…we feel we have no alternative but to block the runway at Shannon to highlight Irish involvement in this carnage.

Not only is the complicity of Ireland in these wars immoral it is in violation of aviation, human rights and international law.

In a Booklet ‘Shannon Airport, War and Renditions’ which was jointly published by Shannonwatch, The Peace And Neutrality Alliance(PANA) and The Irish Anti-War Movement(IAWM) highlights these violations…

The booklet outlines four key areas in which the Irish authorities are deemed to be inefficient:

Suspected breaches of l and European human rights law, as well as domestic Irish law, in relation to known and suspected involvement in rendition

In 2011 alone a total 1,142 ‘Civilian Planes’ with munitions on board landed at Shannon airport this was reveled in answer to a question posed by Sinn Fein TD Padraig Mac Lochlainn

Shannonwatch, the organization which monitors foreign military use of Shannon airport and campaigns against it, said the figures “make a mockery of the notion of Irish neutrality”.

On its website, a spokesperson is quoted as saying: “Like Kuwait and Kyrgyzstan, Ireland and Shannon have now become staging posts for US invasions and occupation. 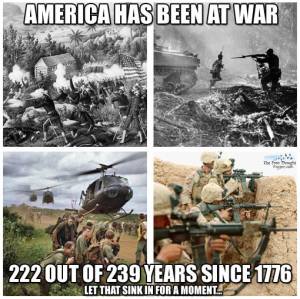 a mockery of the notion of Irish neutrality, and show that successive governments have relinquished all interest in maintaining an independent Irish foreign policy.”

John Lannon, the booklet’s author, says the use of Shannon Airport has contributed to suffering and human rights abuse for over a decade: “The consistent disregard for national and international laws has meant that Shannon has been directly involved in the suffering and death of innocent people – from men tortured in Guantanamo Bay, to children in Afghanistan who are injured or orphaned by airstrikes and roadside bombs.”

These operations being carried out are not sanctioned by the Irish people but of a few who are in the back pockets of the U.S. and E.U. whatever the puppet masters say goes, but there is only so far you can push a people before they begin to rise and this is what we may very well be seeing in Ireland today.

End Ireland’s Complicity In These Crimes Against Humanity Now Ireland Says NO!

One thought on “The Continuation Of Military Use By U.S. Armed Forces And CIA Needs To Be Brought To An End In Ireland”