On the 14th of June, members from communities of various backgrounds and ages came together as one to highlight the ongoing issue and problem of homelessness in Belfast. A sleep-out event, which was organized by 100 Help the Homeless, took place in Belfast city centre to raise awareness of the homelessness issue. Members from different charities and individuals from communities took part in the sleep-out which went from 12 O’clock on Sunday afternoon to 8 O’clock on Monday morning, getting attention from citizens of Belfast who saw it – with many curiously asking questions about the charity, the issue and what can be done to solve it.

During the day a stall was setup outside Belfast city hall where many people had the chance to find out what was going on and what the event was all about. This was great to spread awareness and inform the public upon the ongoing problem in the city. The organizers of the event put a lot of time and effort into making the event a success. From speaking to them both, Kyle Heffernan and Joanne McLarnon, it was clear that homelessness was an issue that stands close to their heart. They wished to carry on from last years successful sleep out which took place in the grounds of Belfast City Hall.

It must be made known that the attention given to this event by local news outlets and city authorities was very limited in comparison to last year’s event. However this did not deter the committed attendees taking part. A lot of members of the sleep-out were homeless themselves and able to let the rest of us know what life on the harsh streets is really like. Some of the stories were difficult to fathom, let alone listen to. It was a painful truth for me to bare that for those poor people there was no luxury of going back to a warm bed to sleep in as there was for me. This is a sad reality that millions face around the world unfortunately. 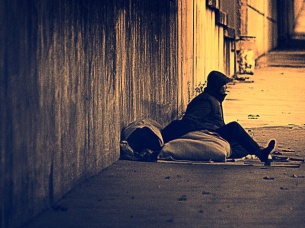 There are a lot of people in our societies who are unaware of the true extent of the homelessness issue here in Belfast and also around the world. There are still a lot of misconceptions and misconstrued opinions of what causes homelessness and how the problem itself can be solved. Many a time have I come across the phrase “It’s their fault they’re homeless!”, “They ruined their lives by becoming addicted to alcohol and drugs!” and “Why can’t they just get a job and contribute to society!”. To these strong, but uninformed, statements there is an answer – many research studies show that “addiction arises after people lose their homes”. ( National Coalition for the Homeless, July 2009). The problem of homeless people getting a job is self perpetuated by the general attitudes of employers that homeless people are no good, troublemakers. It is only together through understanding the problem and getting first hand experience that we can tackle the stigma and defeat it.

When I first took part in helping out at a Help 4 Homeless soup kitchen in Belfast I was very surprised to see, not only the amount of homeless but also the age range of the kind of people who find themselves living on the streets. To add to the problem, now with the Tory government continuing to cut back on welfare reform and increase the power of the private sector in the UK, we can only be bound to seeing more people on the streets if appropriate action is not taken.

Many of the people involved in charities which organise soup kitchens, organise events to raise awareness or simply try to help other people in general rarely get given the recognition that they rightfully deserve. I, personally, would like to say a big thank you to all those people who are working hard together to fix these problems and give them the honest recognition that they deserve. You are the heroes of society. 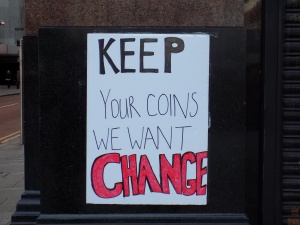 If it were not for the people who go out, week in and week out, and look to help people who have found themselves in dire and unplanned situations like being homeless then things would be so much worse for the individuals who have to go through it. During my time with Help 4 Homeless Belfast and 100 Help The Homeless I have realized that not only is the soup kitchen and similar environments a place for people to get a well needed bite to eat but also a place where they can go, in peace, to talk to people who genuinely care about them, the kind of problems they face in everyday life and give compassion and conversation to the them as the human beings that they are and not some form of unfortunate statistic. This type of work is priceless and we must never forget that homeless people are just as human and vulnerable as we are. It is just a roll of the dice to whether or not you too could become homeless.

On the 27th of June a fundraiser is being held by Help 4 Homeless Belfast which will take place at the Fountain Bar. All money raised will be used to shelter and feed the homeless people of Belfast and there will be an auction and a raffle of various goods, such as household items, which have been donated in order to raise funds for the people who need it most.

To end the article I would once again like to reiterate my admiration for the people working hands on, on the streets to eradicate the homelessness problem here in Belfast, and around the world. One by one we will conquer the problems our society has transpired and build a freer, happier and more compassionate one as we march forwards to a future of peace and prosperity for all.