We are only coming out of the festive season, families enjoyed Christmas together, people celebrated the new year but while we were all able to do this at least with a roof over our heads many spent this time on the streets and at times alone. . .

In the North of Ireland and afar crises, has been festering, a crises that has been coming and has yet to be properly addressed, this crises is homelessness.

The crises we have here is much worse than you can imagine, especially in the atrocious weather we are having now. In my own experience volunteering for a homeless charity, called Help 4 Homeless,  I can tell you that from my experience the situation is getting worse in Belfast.

Help 4 Homeless is a charity that is out 7 nights a week providing an invaluable service for societies most vulnerable, providing warm food and drinks, advice, and general moral support. The charity not only provides this service but they put themselves out of their way to help people on their way to building a brighter future.

Not only does H4H have stations out in Belfast city center but we also have teams currently working with the Simon Community and Waring Street hostel to provide a similar service to the one provided on the street. H4H works with the guys and girls providing support and advice and I can say also saving lives!

Over Christmas Help4Homeless held a Christmas dinner in one of the two Maggie Mayes resturants in Belfast, the dinner was attended by a fair number around 30. A mini bus was put on for the guys and girls as well, we went to the welcome center as well and picked up those who wanted to come up for a hot meal, drink and an alround good night, we wanted to put this on for the guys to show they are not alone.

easier for them to basically survive the traumatic situation they have found themselves in. During the day in Belfast, there are places for our homeless guys and girls to go such as the newly opened The Heart of Belfast project which provides meals, clothes, advice and a roof over their heads, the charity also done a shoe box appeal over the Christmas period.

There is also the drop in center which provides another service, people can come and sit there until a certain time, there are also a limited number of beds for the guys and girls. These are just some of the teams and projects that are happening to combat homelessness but still the problem persists and this is down to the core issues of poverty, mental health and the legacy of the past, and since the Conservative party came to power the problems have been exacerbated ten-fold.

Suicide, Mental health problems and drug abuse are the biggest killers among our people today, and a key reason for homelessness

A shocking fact that many might not already know is that as many people have died in the north by suicide since the signing of the Good Friday Agreement than died during ‘The Troubles’, this is shocking. Research was published by Queens University carried out by Professor Tomlinson determined that the conflict in the North of Ireland had a profound impact on suicide rates Professor Tomlinson said: 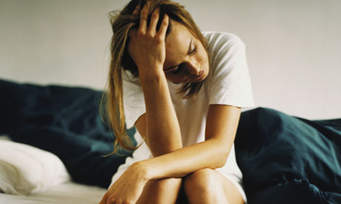 prevention as well as the identification of at-risk individuals, groups, and communities.

“Experience of conflict and its consequences, the cohorts, occupational groups and communities most involved in the conflict, are all absent from current prevention strategies.

“Acknowledging the relevance of the conflict would be a major step forward in suicide prevention.”

The research carried out was entitled ‘War, peace and suicide: The case of Northern Ireland’ Prof Tomlinson examined over 40 years of death record data.

However, we must keep in mind many people with mental illness indeed most do not die from suicide, but here we really a problem and especially among our young people. Latest statistics show, that suicides are most common among age group 25-34 this age group was followed by age group 35-44, Belfast alone had recorded 843 deaths by suicides, this is a shocking number, this along with the homeless crises are two of the main issues we should be all tackling it in any way we can.

Everything combined it paints a really dire picture, but there is hope, people are trying to make a difference and are helping the people, but it’s about time that the political class start to take real actions in the fight against homelessness and the fight against suicide.

The Heart of Belfast Project