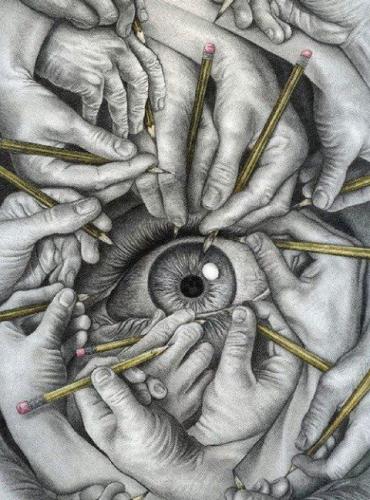 A quick review of the Middle East situation…

It’s clear to us the Middle east is a long way from being at peace and with the Saudi execution of a prominent religious Shiia cleric tensions are at their worst.

During the month of December 2015 Saudi Arabia severed diplomatic ties with Iran after the Saudi embassy in Tehran was overrun by crowds in light of the execution of 47 people including religious leader Sheik Al-Nimir.

Qatar and Kuwait have recalled their ambassadors from Iran, Russia has proposed to mediate between Iran and Saudi Arabia.

All 47 people were labeled ‘terrorists’ by the Saudi government and the subsequently executed.

These executions sparked worldwide protests against the brutal Saudi monarchy as well as increased sectarian tensions in the region.

Saudi Arabia has yet to be condemned by any of its Western allies and so called cheer leaders for ‘human-rights’, in fact, Saudi Arabia was excluded from a 5 year program by the U.K. and this is only some of the sheer hypocrisy shown by the west in regards to Riyadh’s systematic executions.

With the increased military losses due to the Yemen conflict Saudi Arabia seeks to destabilize the region even more.

It’s no secret that Saudi coalition forces have had many losses among their ranks including foreign security contractors belonging to Academi formerly known as Blackwater who had been contracted by the Saudi government.

The fight in Yemen is a disaster for Saudi Arabia, this is another reason why they seek to perpetuate sectarian tensions across the region. After the death of King Abdullah, things became more unstable in Saudi Arabia, the Yemen war would overshadow the cracks in the kingdom and take eyes off the problems at home.

Divide and conquer is the oldest trick in the book and Saudi Arabia look to capitalize on it with the execution of Nimir and the supporting and funding of extremist groups including Daesh(ISIS/ISIL).

From Libya to Syria…

With the ongoing events in Syria and the continued successful anti-terror campaigns both Syria and Iraq with assistance  from Russia, many of the extremist groups are now on the back foot, fleeing the country for neighboring countries and also to the North African country of Libya, which may very well become base for extremist groups.

Back in 2011 Libya was subject to an air campaign by NATO which killed thousands and displaced thousands more. Those in coordination with NATO on the ground were funded and backed by the west with arms and logistical support.

The western public were told that these people were nothing more than revolutionaries trying to topple a brutal dictator, but this was not the case as with Syria the propaganda machines were on over drive and the picture distorted so as the people would be in favor of more war, this led to the fracturing of the country and a huge power vacuum opened up that the extremists are now trying to fill.

An organic revolution may very well have been taking place but that revolution was shortly hijacked by outside players who stoked the tensions and flames of war.

Fighters from Libya made their way to Syria in preparation of what would be the Syrian war and it can not be called a ‘civil war’ for many reasons, one of them would be the overarching reality of foreign fighters being trained and equipped to fight inside Syria a fact that can’t be denied.

Dynamics of the Syrian war changed once Russia entered the mix

Nearly four and a half years on and the Syrian war continues, but the dynamics of the situation have changed vastly.

When the U.S. led anti ISIS coalition entered Syria and began its airstrikes this changed the dynamics, but more so when Russia intervened at the request of the Syrian government with an average of 60 sorties each day in support of the Syrian Arab Army and allies.

This intervention brought about a backlash by the usual suspects U.S. state department and co, the media went on to deem these actions as acts of aggression against ‘moderate’ opposition, this was even after Russia’s had requested information on targets inside Syria so they could coordinate and hit the extremists locations.

Co-operation did come but not between Russia and the U.S. but rather between opposition forces who have been fighting against the Syrian army, but now the coalition of forces enemies and allies are working together to tackle the extremist groups such as Islamic State and Al-Quieda link group Jabhat Al-Nusra.

Again Saudi Arabia is one of the biggest backers of these terrorist groups and along with them comes Turkey who in recent months has been outed as a major player in the trade and discrepancy of stolen oil from both Iraq and Syria.

Russia provided a lot of evidence to backup the claims that Turkey has been in cahoots with Daesh(ISIS/ISIL) including the illegal oil trade of stolen oil from the two named countries.

In an interview with the Sputnik, former U.S. politician said

The Saudi regime enforces it by the sword of its legal system; showers its domestic clergy with the bounty of its oil earnings; and exports hundreds of millions to jihadists in Syria, Iraq, Libya, Turkey, Iran, Egypt and numerous other hot spots in the greater Middle East,” Stockman explained in an opinion piece titled “Enough Already! It’s Time To Send The Despicable House Of Saud To The Dustbin Of History.”

Since the death of king Abdula the Saudi kingdom has been fractured and broken among the monarchy, king Abdula to some extent held the House of Saud together but since his death there has been a power play, some even question if the new king is even in control.

My theory as to why Saudi Arabia executed the prominent religious cleric Al Nimir has to do with the Iran and .U.S. nuclear deal and the thawing out of relations between the two nations.

This move to settle the nuclear situation was not received well by Saudi Arabia and of course Israel, with the on going wars and conflicts now see more players in the region fighting proxies wars and conflicts.

Recent news from inside Yemen has confirmed that Saudi war planes struck the Iranian embassy injuring guards and inflicting heavy damage on the building.

Now surrounding countries are at risk of destabilizing because of the Syria situation, Turkey would be a good example of this.