A protest was held at Belfast city hall for Palestinian journalist Mohammed al-Qiq yesterday 20.02.2016. The protest was called by Belfast Palestine Solidarity Campaign IPSC the Belfast branch of the Ireland Palestine solidarity campaign. The 33 year old journalist was detained without charge for “terror activity” which Israel said was on behalf of Hamas.

Even after an Israeli court suspended the journalists detention order they still refused him freedom. Recent reports on the mans health shows us again the lengths the Israeli government will go to silence any and all opposition to the occupation. 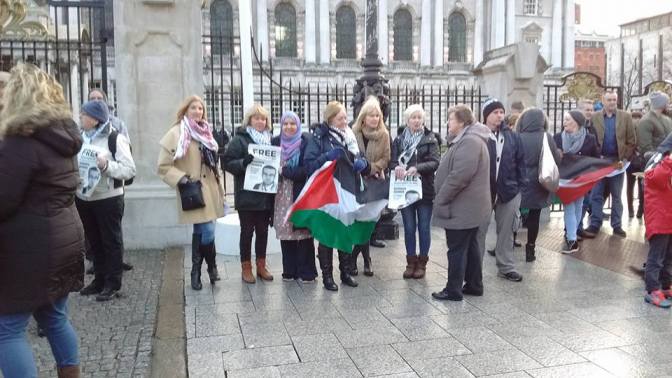 Today marks day 89 of Mohammed al-Qiq’s hunger strike. A video released two days ago shows the dire situation the 33 year old is in. It shows the man writhing in agony after loosing nearly half of his body weight since beginning the hunger strike. 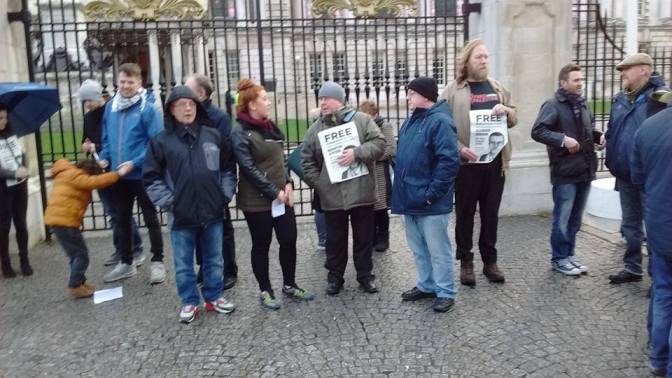 It is almost inevitable the man will die if he is not released and given the urgent medical attention that he needs.

Writhing in agony and on the verge of organ failure