How many more young lives must be lost before action is taken? Suicide & our future

Since the signing of the good Friday agreement in 1998, more people have died from suicide in the north of Ireland than died in ‘the troubles “.

That’s over 3,600 people. This great agreement, that was to be the start of a new beginning for us all , has sadly left a generation of broken dreams. 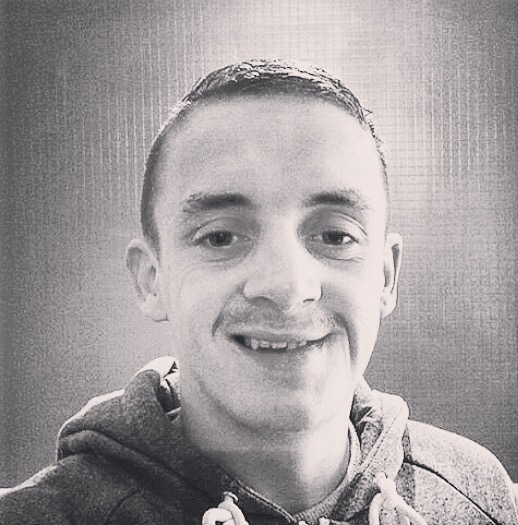 Help 4 Homeless are a charity that is out on the streets of Belfast 7 nights a week helping some of our most vulnerable. Charities such as H4H are in the front line when it comes to fighting this epidemic, it’s time now for those in power to step up and do something, before it’s too late.
H4H held a vigil in Belfast city center in remembrance of Cathrine Kenny who died on the streets. Catherine was a well known and loved personality around Belfast city center and beyond, she touched the hearts of many and will be sorely missed.

The city of Belfast alone has seen over 5 deaths in the space of months, those who are dying are people who have found themselves homeless through one reason or another. We have a very real crises on our hands and it does not only effect Belfast this crises is is nation wide, Ireland and the UK are facing a major homeless epidemic which needs to be handled properly before we see many more deaths on our streets.

Time and time again the same thing will continue, it has repeated itself thru our history, how the ‘British government don’t see this is unreal.

And because of the continued occupation and the partition of Ireland there is going to be violence after Ireland is united, because of the divide and conquer tactics between the native population, it is going to be inevideble. But to fix the problem properly Ireland must be united as one both physically and mentally.

Anti-War protest against war in Syria

A protest called for by Socialist Youth NI. Demonstrations will be held across the UK and Ireland today against the on going campaign in Syria.

RAF jets struck targets for the first time in Syria after a YES vote came from parliament. This will be counter-productive, especially if the aim is to destroy the extremists.

UK goes to war, AGAIN! Bombing Syria will only inflame the situation…

This vote gives the UK powers to go in and flatten Syria with their counter parts, the UK government has been adamant in what they say, they want to topple Assad. Mark my words there will be mission creep.

Prime Minister Recep Tayyip Erdoğan publicly acknowledged that a Turkish military convoy has carried “aid” into Syria, to the Süleyman Shah tomb, on the 23th of April 2014. The tomb, which sits 25 kilometers from the border, has been Turkish land under Turkish sovereignty since a 1921 treaty.

Protest held in support of Palestine and against the biased reporting we have been seeing from the BBC. I would like to thank Gerry Carroll from People Before Profit for giving me a few words on why the protest was being held.

Protest and event to help refugees as they flee wars and conflicts. *Videos and interviews of these events to come*

Greatest human tragedy since World War ll it’s just a shame it had to take a picture of a child dead on a Turkish beach before many empathize with their situation.

There is a direct correlation between this refugee crises and the continued crusades in the middle east as well as in Africa. It’s just a shame it had to take the death of thousands on the doorsteps of the West, and then the death of the kids which were pictured on a Turkish beach drowned after their boat capsized out at sea before people started to emphasize with those people, it’s a shame but non the less it is better late than never, but now again we have the usual War Hawks trying to capitalize on this great tragedy .

Prime minister David Cameroon pointed at IS and the Syrian government as being the root of the the evil in an attempt to deflect from the UK’s role in causing this crises. George Osborne on the back of these comments said something similar point to President Assad as being the cause of this crises and that the world needs to act in order to tackle President Assad, but this narrative of the situation holds no weight in reality.

For the past decade

Anti-Internment articles:Belfast Anti-Internment march moved from Ardyone avenue at 2.30 pm making its way down the Old park road, it was clear the PSNI had no intentions of letting the march go further than near the top of Rosepenna street.

Numbers today were greater than any year before, people from all over the country come to support the Political prisoners and their plight inside British and Irish jails, and to stand against the use of draconian measures which enable the state to lock any person they perceive to be a threat to the current status Quo.

The anti-internment march which is set to take place will see thousands on the streets in opposition to the injustices laid upon political activists.
In past years the march has been attacked by Loyalists but still the march went ahead, for me it was reminiscent of the Civil rights marches taking place in the 60s and 70s the likes of the march which was attacked on Burntollet Bridge paving the way to Bloody Sunday.
Full article in the link below:
http://therisenpeople.com/2015/08/08/anti-internment-march-belfast-2015/
North Belfast trouble 9th August
https://www.youtube.com/watch?v=S58dqFQJIOE&feature=youtu.be

100 Help The Homeless Sleep – Out, Belfast

On the 14th of June, members from communities of various backgrounds and ages came together as one to highlight the ongoing issue and problem of homelessness in Belfast. A sleep-out event, which was organized by 100 Help the Homeless, took place in Belfast city centre to raise awareness of the homelessness issue. Members from different charities and individuals from communities took part in the sleep-out which went from 12 O’clock on Sunday afternoon to 8 O’clock on Monday morning, getting attention from citizens of Belfast who saw it – with many curiously asking questions about the charity, the issue and what can be done to solve the problem.

During the day a stall was setup outside Belfast city hall where many people had the chance to find out what was going on and what the event was all about. This was great to spread awareness and inform the public upon the ongoing problem in the city. The organizers of the event put a lot of time and effort into making the event a success. From speaking to them both, Kyle Heffernan and Joanne McLarnon, it was clear that homelessness was an issue that stands close to their heart. They wished to carry on from last years successful sleep out which took place in the grounds of Belfast City Hall.

This month has seen people march through the center of Dublin, highlighting the epidemic of homelessness. We have seen similar actions like this not only take shape in Ireland, but across England and further afield.

Many have come to realize that homelessness is a symptom of a broken system and want to see it completely eradicated. It’s possible to do by those in power if the will power was there but it’s not, at least not from what I have seen and experienced.

Focus Ireland estimates that over 5,000 people are homeless at any one time across the country. THIS IS NOT RIGHT. Especially considering the many thousands of homes and derelict buildings that are empty which could easily house those who have found themselves homeless.

You can find hundreds of hours of videos on wide ranging topics both on our Youtube and Live Leak channels, links provided below: